Good Music on the Dingle Peninsula

He said: “It is with great sadness that I have learnt of the death of Danny Sheehy, broadcaster, award winning story teller and poet.

“He received great acclaim for his ability to enthuse audiences with his commitment to Irish culture and language, and he made a significant contribution to the appreciation of the spoken and written word in the Irish language.”

The President continued: “He will be remembered not only for his boat building, but also the stories of his extraordinary sea journeys, infused with his skill in conveying his experiences and his eye for detail.

“Sabina and I wish to send our sympathies to his family, friends and to all those who have been touched by Danny Sheehy’s work.”

In recent years, the voyaging of popular sailor-poet Danny Sheehy on the coasts of Europe in a Kerry currach has earned him many friends and admirers, even among those who have never personally met him, as his engaging personality and warm enthusiasm have been conveyed into many lives through several television documentaries.

His sudden death after an accident with the boat at the River Minho, on the northern border between Spain and Portugal, brings to a tragic end an unusual odyssey which began several years ago. It started when Danny and friends rowed the boat – which he had built himself - from Kerry north along the west coast of Ireland they then crossed turbulent waters to Iona in Scotland.

This was for a typically Danny Sheehy mission to provide the gift of an Irish Bible to the abbey there. Iona Abbey may originally have been founded by St Columba in 563AD, but its contemporary library lacked a copy of the Bible in Irish. The Kerry poet and his friends remedied this gap in the collection by personally delivering an Irish bible with a voyage reminiscent of the original expedition by Columba from Derry to Iona.

Typically, he did not simply row (and occasionally sail) directly back home the way he had come. Instead, he completed the return to Kerry by making it a round Ireland venture. Since then, Danny and a wide assortment of friends - including people as diverse as Holywood music Oscar winner Glen Hansard - have rowed the boat from Dublin along the ancient pilgrimage routes to Santiago de Compostela in northwest Spain. They did it via a series of coastal passages, with noted long-distance sailor Paddy Barry accompanying them with his Frers 45 cutter An Seachran for the cross-channel sections to Wales, then Cornwall, and finally across to Brittany.

Once there, the little boat was able to continue on her own over a couple of summers, rowing right round the coast of the Bay of Biscay until northwest Spain was finally reached, and there the Kerry naomhog was conveyed up to the great cathedral in Santiago itself.

This year, a new chapter was being added to the odyssey with a passage down the west coasts of Spain and Portugal, and it was at the River Minho, with a crew including singer Liam O Maonlai of the Hothouse Flowers aboard, that the boat capsized.

The crew of four all ended up in the sea, but managed to get themselves to the nearest beach, though in a shaken state. It was after they’d reached shore that Danny was suddenly taken ill, and although rushed to the nearest hospital, he died soon after.

Our heartfelt sympathies and condolences are with his family and many friends and crewmates. Danny Sheehy was a very special person who greatly enriched our perception and understanding of Ireland’s relationship with the sea, and of life in the west and particularly in Kerry.     (Thanks to Local Media reports)

I personally knew Danny  well and regarded him as a good friend, he and his wife Máire, would come to supper at my place where he would entertain us all with a huge selection of stories and life experiences, whilst sampling my Whiskey.

The soundtracks © may be future released in both the Irish and English language, please contact Dingle Book Shop or Paul Kirk via this site for further information.

You can listen to a streamed 5 minute exert of Danny’s great story (see below)  The original Story and music soundtrack spans around 15 minutes. This is just a third of the complete story. 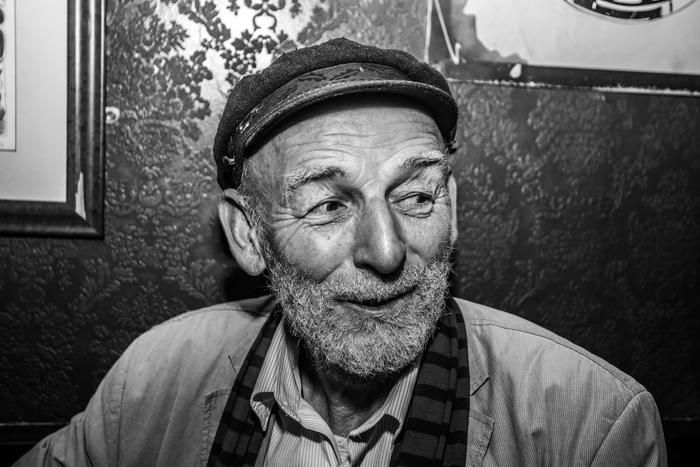 Proceeds will go to Cancer Research and Kerry Hospice